Plan your stories an prepare for assessment 2:

The two possible local events that I identified to cover are:

This local Mackay annual event will be held at the BB Print Stadium and is action packed with approximately 40 professional bull riders from all over Australia competing for the PBR as well as the top 12 bucking bulls.  I plan to cover it by attending with a friend to enjoy what this event has to offer as will thousands of others.  I have been to other PBR events but not for sometime.

Each bull rider has three rides/rounds to further themself in the competition on the night.  The highest point winners will be announced at the end of the night with a presentation of the top scorers and those at the top of the ladder thus far.  Prize money and a gift will also be presented.

I will try to get quotes and photographs of one local family, one or two local people attending, one of the participants and one of the organizers.

This event would be interesting to others because of the challenges and excitement of the sport.  Also if they are inspiring bull riders or just interested in being a spectator of the sport as well. A good family event to attend and cheer for.

This local event is actually in Townsville at the 1300SMILES Stadium, the home ground of the North Queensland Cowboys which can seat 26,500 people. I plan to cover it by  travelling up to Townsville by car with my fiancé which is  approximately four hours drive (388km) from Mackay.

My fiancé and I are huge rugby league fans and support both teams but we have are favourites which are the opposite teams.  I support Cowboys first then Broncos second and he supports Broncos first and Cowboys second.  This makes for very interesting conversation and cheering at the games when they both play each other as you can image.  So this is the most likely event for us to attend together because we love our sport and want to support our local/state teams for this special elimination semi final.

We have family to stay with in Townsville for free so it is affordable for us to travel and stay overnight for the game.

The winning team then plays the next week in another elimination semi final to try to win the overall NRL competition, team of the year.  Unfortunately the losing team is out of the 2016 competition and will have to wait another year for the finals.

I will try to get quotes and photographs of one local family, one or two people attending, one of the participants or teams, one of the team mascots and one of the organizers.

This event would be interesting to others from a sporting aspect to follow their favourite team, the love of the sport or to attend an important finals game. This would also be a great family outing to join the atmosphere and cheer together for their team.

Whichever event is chosen to attend there is planning to do. Find a human interest story to link to the event,  I need to get an event schedule or catalogue and tickets, think about accreditation if I need it, research facts and people.  Work out travel arrangements or accommodation, if there are many events, be bold in asking people for quotes and photographs and just enjoy it. 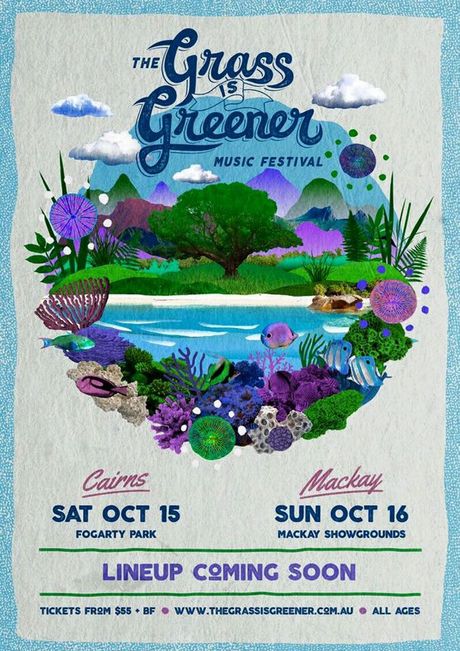 A wonderful music festival is coming to Mackay to develop tourism in the local area and to give the locals a music event that could replace the annual music event “River Sessions” that was cancelled a couple of years ago.

What: A music festival but with rides, shows and x games.

Where: Coming to Mackay, Mackay showgrounds is the venue.

Who: Families, individuals and groups to attend.

Why: To bring tourism and a much-needed outlet for the locals to attend and enjoy. 90% of tourism revenue is local and is using local companies as well.

and How: Through local organisers who have teamed up with other national organizers it is possible to have this event.

This media story interested me because I am a lover of different types of music and was excited to see an event that Mackay needs as life is pretty normal and boring around here at times.  It would be a great family gathering, or for the younger generation looking to express themselves through song and dance and just enjoying life together.

This weeks quiz had ten questions and we had to read Chapter four of Hicks, English for Journalists in preparation for the quiz.

It took two attempts to achieve 100%, 10/10 but I was happy with my first attempt of 8/10.  Learning and remembering all the rules of grammar is difficult such as prepositions to end sentences which are “bad style but it is not bad grammar”. Thank goodness for the textbook, my brain can’t remember all the rules.