This morning we had a session on water, waste and air pollution with all its issues which was presented by one of the CEE staff members (Mr Jacobs).  It was in power point form and was jammed packed with interesting facts and statistics about all the issues of pollution in India and specifically Ahmedabad and what is being done for example sewerage plants, hazardous waste plants, bio hazardous waste facilities and state air quality monitoring programmes.  It seems India is trying to gain control of pollution circumstances but again it takes time and money.

Before and after lunch we had time to work on our project presentations, so interviewing members of CEE and our group and putting together our short film was in full force.

Later in the day we went on our field trip.  It was a very interesting place where Gandhi resided, studied and taught his life teachings.  Many exhibits were displayed in the surrounding buildings including Gandhi’s private home and the bedroom/room where he slept and worked.

There were many tourists around and even other caucasian tourists like us.  Spotting the caucasian tourist became a game some of the group played as we were the odd ones out in Ahmedabad as the locals range from light brown to dark brown skin.

The compound was by the river and had a gift shop and book shop if you wanted to purchase anything pertaining to Gandhi.  A very serene place with nature and wildlife surrounding it I even had a quick moment to close my eyes and meditate a little and take it all in. 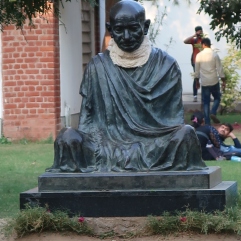 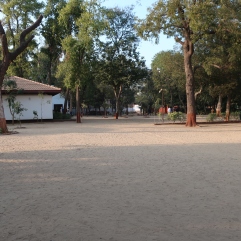 Our last traditional Indian meal together for dinner at the hotel was lovely the restaurant staff have been extremely welcoming, helpful and professional.  The food has been wonderful and interesting at times as well.  Being a vegetarian for most of the stay in Ahmedabad has not been as difficult as I once thought and you can survive on vegetables, fruit, rice and bread alone. 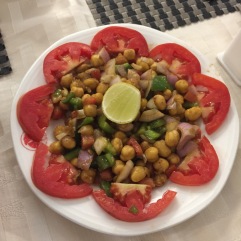 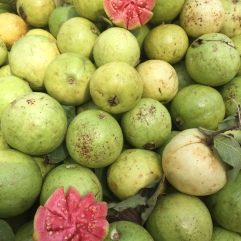 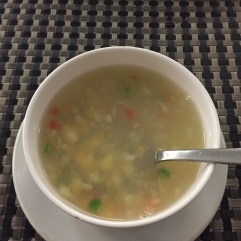 Tonight I worked on my groups project by downloading and editing  photographs and video clips until later in the evening, it was a bit of a task to do it without proper internet connections both at CEE and the hotel because I could not use an Adobe program to produce the film in so I had to use a very basic window program ‘movie maker’.  Anyway I just went with it and put it together.